To share your memory on the wall of Anthony Collins, sign in using one of the following options:

He is preceded in death by One brother, Demetrius Harald Collins; paternal grandparents, A... Read More
Anthony Joseph Collins, III aka “STRIKER 40”, a native of Mobile, Alabama was born July 10, 1984. He departed this life on November 27, 2019.

He will lie in state 1-8pm Friday, December 6, 2019 at Small's Mortuary, Mobile. A visitation will be held on Saturday, December 7, 2019 from 9am until the 11am funeral hour at Mason Memorial COGIC, 2157 Govenrment Street, Mobile, AL. Mr. Collins will be laid to rest in Catholic Cemetery, Mobile, AL.

To send flowers to the family or plant a tree in memory of Anthony Joseph Collins III, please visit our Heartfelt Sympathies Store.

Receive notifications about information and event scheduling for Anthony

We encourage you to share your most beloved memories of Anthony here, so that the family and other loved ones can always see it. You can upload cherished photographs, or share your favorite stories, and can even comment on those shared by others. 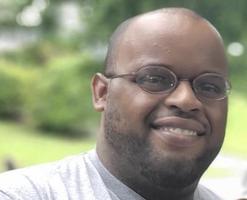