To share your memory on the wall of Benjamin Spears, sign in using one of the following options:

After high school ben worked in many professions and excelled at them all. He was employed by Hosey Weaver; where he worked doing highway construction; Baldwin Warehouse as a forklift driver and with his beloved grand-father in Spear General Contracting and landscaping. While living in Los Angeles; Ben was employed as a butcher at Avocado Corner Grocery. Ben was a great cook often called upon to prepare dishes for his wife’s co-workers at Emory Healthcare.

To send flowers to the family or plant a tree in memory of Benjamin "Ben" Lewis Cheeseboro Spears, please visit our Heartfelt Sympathies Store.

Receive notifications about information and event scheduling for Benjamin

We encourage you to share your most beloved memories of Benjamin here, so that the family and other loved ones can always see it. You can upload cherished photographs, or share your favorite stories, and can even comment on those shared by others. 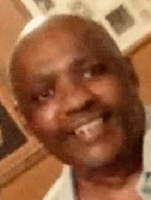