To share your memory on the wall of Brent King, sign in using one of the following options:

Provide comfort for the family by sending flowers or planting a tree in memory of Brent King.

Provide comfort for the family of Brent King with a meaningful gesture of sympathy.

To send flowers to the family or plant a tree in memory of Brent Alden King Sr., please visit our Heartfelt Sympathies Store.
Read Less

Receive notifications about information and event scheduling for Brent 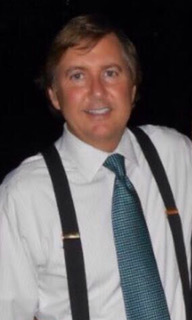 We encourage you to share any memorable photos or stories about Brent. All tributes placed on and purchased through this memorial website will remain on in perpetuity for generations.

Brent was a very thoughtful, smart, respectful Real Estate Attorney beloved by many in his profession. An Angel to many people in solving their legal issues. Respected and had Faith in God. Be at Peace Brent, You are missed.
Comment | Share Posted Sep 23, 2019 at 10:18pm via Condolence
M

I had not seen Brent in several years but we had just reconnected via Facebook about 2 months ago. Many years ago Brent and I used to play tennis together during and after he attended law school in Birmingham. After he started practicing law in Decatur he and I continued playing together mostly in Huntsville at HAC or the Racquet Club and even a couple of times in Decatur at the Country Club. Brent was a really good tennis player but more than that he was a great guy. We spent many nights at my house in Birmingham along with his law school roommate Dykes Barber laughing and just having fun while they took breaks from studying. Brent was a good friend for many years and I’m so sorry that his life ended so unexpectedly and tragically. He was a kind and gentle soul and someone I always enjoyed spending time with. Rest In Peace my friend....
Posted Sep 26, 2019 at 02:45am