To share your memory on the wall of Charles East, sign in using one of the following options:

To send flowers to the family or plant a tree in memory of Charles East, please visit our Heartfelt Sympathies Store.

There are no events scheduled. You can still show your support by sending flowers directly to the family, or planting a memorial tree in memory of Charles East.
Visit the Heartfelt Sympathies Store

We encourage you to share your most beloved memories of Charles here, so that the family and other loved ones can always see it. You can upload cherished photographs, or share your favorite stories, and can even comment on those shared by others.

Posted Jun 15, 2020 at 10:57am
My condolences the East family. May God strengthen you all. Mr. East was a customer of my former State Farm agent for years. He just recently changed agents after my agent retired in 2019. Even though he was with another agent I would always check on him to make sure everything was going good. He will truly be missed because he had such an outgoing personality. He might have not been feeling his best but you would never know it. He was always positive about any situation. We all loved him but God loved him more.
Comment Share
Share via:
JO

Posted Jun 12, 2020 at 09:51am
Wishing you peace to bring comfort, courage to face the days ahead and loving memories to forever hold in your hearts.

Flowers were purchased for the family of Charles East. Send Flowers

Posted Jun 12, 2020 at 08:56am
My heartfelt condolences to the family on your loss. During this time of mourning, I pray for strength and healing.
-Jenna Brown Ford
Comment Share
Share via: 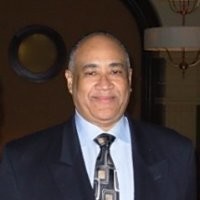