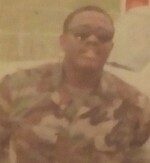 Clyde Anthony Harris, Sr., a native and lifelong residence of Mobile, AL born on May 20, 1958 to Mary Louise Harris & James Davis. He was the second son of six children. He departed this life on Sunday, February 21, 2021.
Mr. Harris is a 1976 graduate of W. P. Davidson High School. Soon following, he enlisted in the United States Marine Corp where he dedicated twelve years of his life serving our Country. Mr. Harris was a scholar at Bishop State Community College where he received multiple accolades & degrees while on the President’s List. In 1993, he received his Associate Degree in both Electronics Technology & Instrumentation Technology. During his studies in 2014 he was awarded the highest academic honors. Also, in 2015 he completed his studies with an Associate in Occupational Technologies in Automotive Technology. Mr. Harris was the former employee of the Mobile State Docks, Security for NYCO & a former supervisor for the Lawn Care Department for the Mobile Housing Board.
He was preceded in death by his mother and father, one sister and three brothers.
Mr. Harris leaves to cherish his memories a loving and devoted wife of forty years, Danita D. Harris; two sons: Clyde A. Harris, Jr. and Derrick D. Harris; two sisters: Barbara Turner and Patricia Harris; a devoted brother-in-law, Roydrick P. Fantroy; grandchildren: Donovan D. Harris, Fantasia Williams and Ky’ Leigh M. Harris; a devoted nephew, Cedric (Kimberly) Turner; a host of aunts, nieces, nephews & cousins (Mobile, AL), cousins (Selma, AL), other relatives and friends.