To share your memory on the wall of James Brooks, sign in using one of the following options:

Print
James Lawrence (creamy) Brooks was born to the union of Luvret Glanton and Gerald F. Brooks on September 3, 1946 in Massillon, OH.

James served his country in the United States Army drafted right out of high school and completed two tou... Read More
James Lawrence (creamy) Brooks was born to the union of Luvret Glanton and Gerald F. Brooks on September 3, 1946 in Massillon, OH.

James served his country in the United States Army drafted right out of high school and completed two tours, conquering administration and Guard. James worked for ten ears at the Tennessee Maximum Security Prison as a guard.

James met Virginia Greene at an early age, and they married each other after a long courtship September 1, 2000. To this union James Lawrence Greene, Sr. was born in 1971.

To send flowers to the family or plant a tree in memory of James Lawrence Brooks, please visit our Heartfelt Sympathies Store.

We encourage you to share your most beloved memories of James here, so that the family and other loved ones can always see it. You can upload cherished photographs, or share your favorite stories, and can even comment on those shared by others. 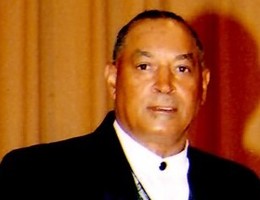