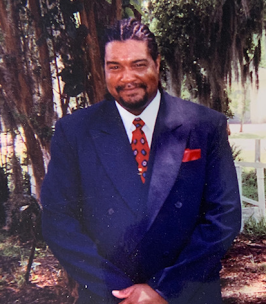 Jerome Longmire Pruitt, a native of Fairhope, AL and a resident of Daphne, AL, made his entrance into this world on October 4, 1952, and his earthly time expired on July 5, 2022, at the age of 69

Jerome was the son of the late Ocie Lee Longmire and the late Jane A. Sams Pruitt. He was a graduate of Baldwin County Training School and a veteran of the United States Air Force (USAF). After being honorably discharged from the USAF, he resided in Los Angeles, CA for many years before returning to his paternal roots in the Friendship Community. He was a member of Ruth Chapel A. M. E. Church, Prichard, AL.

As Jerome’s spirit has taken flight, some of those who are welcoming him to the afterlife include his biological parents, his daughters, Felicia N. Allen, and Tyrina Renee Pruitt, step-father, Willie George Pruitt, his other mother, Rosie Joiner Longmire, and grandparents, Jasper and Minnie C. Longmire. Siblings who rejoiced at his coming include Leon P. Longmire, Cheola L. Knight, Lukekitro J. Hill; heart brothers, Joel Bradley and Mark Dale.

Finally, as this list of who’s who among mourners comes to an end, the nieces, nephews, whose lives he sowed into will enjoy sharing fond memories of their beloved "Uncle Jerome." Still there are other family members and friends, especially his friend, Mark and his little buddy, Ahmaud, who will not soon forget the impact that Jerome had on their lives.
FLY HIGH JEROME!