To share your memory on the wall of Joseph Bassett, sign in using one of the following options:

He was born into the Body of Christ under the guidance of the Greater Pine Grove AME Church Family. Joseph confessed Christ at an early age and became a servant of the most High God, our Father.

During a brief stay in Brooklyn, New York he was member of People Institutional AME Church, serving various ministries. He was ordained as a Rabbi at Congregation Tree of Life. Joseph was currently a member of Harvest Church where he remained a loyal and faithful servant, serving in the Audio and Music Ministry. He was also an associate member of Wings of Life.

Joseph attended Whitney Elementary, Plateau, AL; I. S. 320 Junior High School, Brooklyn, NY. He graduated from Erasmus Hall High School, Brooklyn, New York. He enlisted in the U. S. Air Force in 1977 and served for 6 as an Air Force Ground Defense Specialist. The Lord called Joseph into the ministry and he attended Huntingdon Methodist Liberal Arts College. Joseph loved playing the piano, composed a lot of his own songs and music. Joseph had such a sweet humble spirit.

A multitude of Christian Brothers and Sisters throughout the city. We all will greatly miss Joseph (Tony).
Read Less

To send flowers to the family or plant a tree in memory of Joseph Anthony Bassett, please visit our Heartfelt Sympathies Store.

Receive notifications about information and event scheduling for Joseph

We encourage you to share your most beloved memories of Joseph here, so that the family and other loved ones can always see it. You can upload cherished photographs, or share your favorite stories, and can even comment on those shared by others.

Flowers were purchased for the family of Joseph Bassett. Send Flowers

Posted Jul 05, 2020 at 12:18pm
From Sheila, Cyrial, Marilyn, Kalendy and their grand children. May you find solace during this difficult time.

Flowers were purchased for the family of Joseph Bassett. Send Flowers

Posted Jul 05, 2020 at 11:12am
FOR our Dearly Departed Uncle. May we meet again. Love, Bing-Chuan, Kalendy, Zulie, Zach, Zeyin and Zephen. May He Rest In Peace-Sheila Bassett. 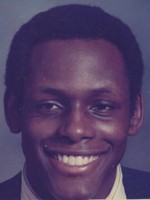