To share your memory on the wall of Kimberly Carter, sign in using one of the following options:

To send flowers to the family or plant a tree in memory of Kimberly Antonette Carter, please visit our Heartfelt Sympathies Store.

Receive notifications about information and event scheduling for Kimberly

We encourage you to share your most beloved memories of Kimberly here, so that the family and other loved ones can always see it. You can upload cherished photographs, or share your favorite stories, and can even comment on those shared by others.

Posted Nov 14, 2020 at 12:30pm
To Sister Carter Brelyn and Lalia
I have known your mother and family for a long time. Your mother beautiful smile and words of wisdom will always be in
my heart. I pray that God will give you the peace and understanding of His Will
and know that she is now safe in God
arms.
Love
Ms. Kathy Battiste and Family

Posted Nov 13, 2020 at 04:24pm
He counts the number of the stars. He calls all of them by name..Psalm 147::4. MY you find comfort in knowing your loved one is resting safely in Jehovah’s limitless memory.
Comment Share
Share via:

Posted Nov 13, 2020 at 12:45pm
No words can express my heartfelt sympathy for you all. My love and prayers will continue for you. Holy Spirit will comfort you and hold you. ~~Tonya Jackson-Calhoun
Comment Share
Share via:
C

Posted Nov 13, 2020 at 09:32am
My Deepest Sympathy To You My Daughter Shameka and Family,I am still in disbelief about Kim ,My Prayers of Comfort and Peace go out to You(The Boys) ,Your Mom and Kim's Babies!! Love you all ,Carolyn🙏💜✝️💜🕊️
Comment Share
Share via:
KH 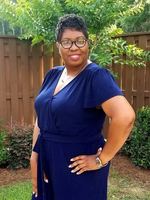 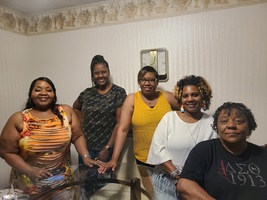 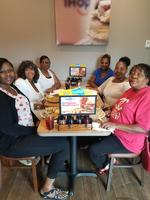 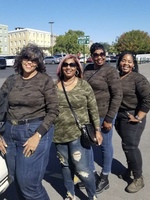