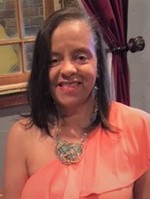 LaDora Farley Howard was born on October 12, 1957 to Earl and Lula Farley in Sheffield Alabama.
She was called home to be with her heavenly Father on Wednesday August 14, 2019 at USA Medical Center.
LaDora was preceded in death by her parents Earl and Lula Farley , her brother Horace Winborn.
After graduating from Sheffield High School in 1976, she continued her education at the University of Alabama ,Tuscaloosa , Alabama. There she received her undergraduate degree from the School of Communications. Later she pursued and received her Master’s Degree in counseling at the University of South Alabama.
On July 24, 1982, LaDora married her college sweetheart and later had two children in this union.
Ladora loved the Lord, her family,church and community. She was a member of Saint Francis Xavier Catholic Church for more than 30 years and a Drexel Society member. She especially loved working with the church festivals and teas.
She leaves to cherish her memories, her husband of 37 years Gary Howard ; son , Brenton (Whitney) Howard ,Tucker, Ga ; daughter , Lauren Howard ,Smyrna Ga.; brother Stanford ( Margaret) Farley Muscle Shoals, Al.; brother-in-law, Larry ( Eloisa) Howard Allen ,Tx.; nephews Casey ( Angela) Farley, Huntsville Al.; Razza (Tauhidah ) Mitchell Dallas ,Tx.; and Royce Howard,Denton Tx. She also leaves a host of cousins , other relative and friends.