To share your memory on the wall of Lawrence Douglas, sign in using one of the following options:

Known to his family and friends as Divi in Jamaica and England.
Born in Douglas Castle, St Ann’s, Jamaica, he was the first of two children born
of the late Charles (Pappy) Douglas and Isa (Lyon) Douglas, the other being his sister Gloria (Douglas) Nixon. He attended Staceyville School in Sandy River, Clarendon. When a young man he had two children in Jamaica, Derrick who still lives in Jamaica and Sharon who resides in Atlanta, Georgia.
Divi was born high up in the tropically lush mountains of Douglas Castle. The Douglas story goes that in the 18th century, seven brothers migrated to Jamaica and settled in the parish of St. Ann and St. Elizabeth. The Eldest Brother, William 'Captain' Douglas, a sailor from Scotland and his wife Jestina Downes with their six sons and two daughters, were in search of fertile land and settled in River Wood there was a spring in an area known as Bud Hole on land which he purchased from Lord Sutton Brown, the area became known Douglas Castle.
Divi tended to his father’s land and cattle from a young age. His brother continues the family tradition.
Divi migrated to England in 1962, along with nearly half a million people who moved from the Caribbean to Britain between the 1940s and 1970s, known as “the Windrush Generation,” where he married and started a family of three children, Michelle, Paul and Samantha living in Watford, Hertfordshire, where many of those of his family who emigrated from Jamaica had settled or lived close by.

While in England, he worked with Scammell Motors, as a mechanic.

His final move was from the UK to the United States in 1980 where he eventually had another daughter, Whitney the youngest of his children, who resides in Alexandria, Virginia.

He gained another nickname “Larry” when he worked at Pontico Hill Central School in Peekskill, Tarrytown, New York as a custodian driver and administrator for 15 years before retiring. It was during this time that he met his wife Delores Oakley.

Lawrence was a loving husband, father, grandfather, great-grandfather, brother, nephew, Uncle Divi, cousin and dear friend to many. He will be truly missed by all who knew him. His family and friends will fondly remember him as a very happy, loving and giving man, and would always let them know that they meant the world to him whether they were near or far. He ensured that kept in contact with his vast paternal Douglas family, and the relatives of his late mother, as well as his many friends.

He loved to laugh and would giggle with glee at Tom & Jerry and Laurel and Hardy, with a laugh that was infectious. He enjoyed dancing and playing the traditional Jamaican game of dominos. A fan of boxing’s golden era he was a fan of Muhammad Ali, Hagler, and Tyson and watched all their great fights. He was a great runner and avidly followed international athletics and no doubt would have given Don Quarrie a run for his money. As a fan of many sports he supported his beloved Jamaica and relished in the special sound of leather on willow watching the West Indies cricket. He was excited to find a local team to support when he moved to New York.

His love of music is his legacy to his children. The inheritance tracks he passed down ranged from; Desmond Decker, Jimmy Cliff, Al Green, Brook Benton, Gladys Knights & The Pips to Whitney Houston, to name a few of his wide and varied musical taste. He would reminisce about his mother, herself a singer songwriter who played guitar from a prodigiously gifted musical family. Following in their footsteps, he took up the keyboards at the age of 70.

His children remember him as a loving father and for his fair-minded words of wisdom. He was a gentle gentleman. His soft spot was for his children and grandchildren to whom he taught the importance of being responsible, respectful and to live the best life they can. His sister Gloria held a special place in his heart, being inseparable since the untimely passing of their mother, when they were both of very tender age.

And, all those fortunate enough to have met him know that his disposition was just as warm and sunny as from the climes from whence he originally came. The kindness, he extended for the benefit of those he loved and anyone in need came from his heart and not for credit nor for show.

Although always too far away from them, his children, family and friends find solace in knowing that he found redemption. And, that in the community of Third Baptist Church, Pritchard, Alabama, he found friendship, love and happiness with other true and faithful members where he served as a faithful Deacon, taught the male Sunday School and sang in the choir. His Wednesdays were devoted to visiting the sick and elderly as part of the prayer ministry. And, at Third Baptist Church, his pastor and friend Reverend Powe called him by yet another pet name “Doug”.

He is survived by his wife Delores.
Also by his 6 children, Derrick, Sharon, Michelle, Paul, Samantha, Whitney Douglas.
He regarded his neighbour Jonathan Wayne as a son. And step-children with his wife.
And 13 grandchildren; Kayeann, Camelia, Valdencia, Patrick and Derica. Cornelia and Michelle. Imogen and Ella. Lui and Evalynn. Jasper and Simone and other step-grandchildren.
And 4 Great-grandchildren; Kenie Levy & Kegan, Antonio, Chrissani and a host of other step-great grandchildren.
As well as; his sister Gloria, his brothers Lascelle, Leon and Craig, he leaves his other siblings, his step-mother, aunts, uncles, cousins and a host of other beloved relatives and dear friends in Jamaica, England and the United States.

During these challenging times, it is with the greatest sadness and heavy hearts that his children, family and friends in Jamaica and England cannot be with him on his final day of rest, as they all love him deeply but are with him in spirit.

He has loved, been loved and continues to loved by them all.

May he Rest in Peace and may his gentle spirit and strength continue to live on in each of his children and their children forever more and through eternity. He will be remembered. Always.

Acknowledgement
The family of the late Lawrence Douglas wish to express sincere thanks to all our relatives, friends and well wishers who have been a tower of strength to us through their prayers and telephone call during our time of bereavement.
We acknowledge the care and concern and the expression of your love warmly received from you all.
God’s continued blessings.
Read Less

To send flowers to the family or plant a tree in memory of Lawrence Henriques Douglas, please visit our Heartfelt Sympathies Store.

Receive notifications about information and event scheduling for Lawrence

We encourage you to share your most beloved memories of Lawrence here, so that the family and other loved ones can always see it. You can upload cherished photographs, or share your favorite stories, and can even comment on those shared by others.

Aunty Ruby, Maureen, Janet, Rachel, Sammy, Danny &, Parris Mitchell and Family, and other have sent flowers to the family of Lawrence Henriques Douglas.
Show you care by sending flowers

Posted Nov 07, 2020 at 03:21pm
Truly a sweet, warm, gentle soul with an infectious smile. One of the sweetest, kindest, most humblest gentleman I've had the pleasure of knowing. The only person I honestly believes meant it with all their heart when saying "If you need anything just call me". What a great loss to those of us who knew and loved him. I send my condolences. May the Lord send his angels to comfort and minister to Lois, his children, and the entire bereavement family.

Posted Nov 07, 2020 at 03:17pm
Michelle and all the Douglas family, May his memory be a blessing. His life was a splendid one. - family & friends , love and laughter and service to others .
Comment Share
Share via:

Posted Nov 07, 2020 at 11:32am
Our thoughts and prayers are with the family. Although Uncle Divvy was far away, he was always a fond memory to us. With love 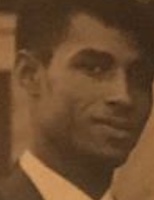 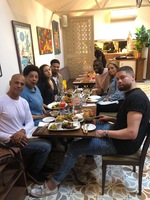 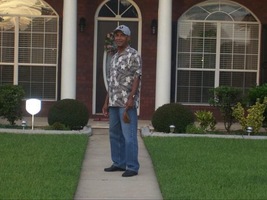