To share your memory on the wall of Lawrence Sessions, sign in using one of the following options:

Deacon Sessions accepted Christ at an early age. He graduated from Central High School, Class of 1965. He was ordained as a deacon of Mt. Olive Baptist Church, No. 1 under the leadership of Pastor Ernest G. Scott, where he also taught Sunday School. He met the love of his life during the summer of July 1965. They were united in marriage on May 6, 1968 and were married for 51 years.

To send flowers to the family or plant a tree in memory of Lawrence Sessions, please visit our Heartfelt Sympathies Store.

Receive notifications about information and event scheduling for Lawrence

We encourage you to share your most beloved memories of Lawrence here, so that the family and other loved ones can always see it. You can upload cherished photographs, or share your favorite stories, and can even comment on those shared by others.

Junior Auxiliary of Clarksville sent flowers to the family of Lawrence Sessions.
Show you care by sending flowers

Posted Dec 20, 2019 at 09:42pm
Sending warm thoughts and prayers during this difficult time.

Posted Dec 19, 2019 at 07:14pm
So sorry for your loss. May God grant you peace in your time of sorrow. From your neighbor Mrs. Janice Barnett and family 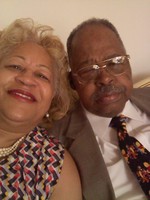