To share your memory on the wall of Leslie Stone, sign in using one of the following options:

A 1964 graduate of Mobile County Training School, Leslie attended Bishop State Community College and Century College. He served in the US Army and also played semi-pro baseball while stationed in Frankfurt, Germany. Upon his military departure, Leslie joined his father with employment at Alcoa Aluminum Steel. Upon Alcoa’s closing, Leslie continued in industry and retired with Arkema Chemical. Founder and Owner of Independent Welding for nearly 50 years, Juke was known throughout the Gulf Coast as the “iron and burglar bar man” and took great pride in his work and business. He was also a barbecue grill master!

A loving man of the Lord, and his family, Leslie married the love of his life, Rose Mary on August 21, 1965. To their union, they share the joys of their devoted children and their families: Chante’ (Plez.) Hendrix, Sr; and Leslie Bernard (Jasmine) Stone, Sr; and grandchildren: Plez, Jr., Olivia Paige; Bernard, Jr., Deavon, Nyla Brooks, Logan Maria, and Dylan; and one great-grand, Deavon, Jr. Juke is also survived by his loving sister: Margaret Ann Powell and her family, Niagara Falls, New York, a host of sisters and brothers-in-law, and his god-children: Davida Glover Cunningham, Alana Carter, and Novia Williams. To cherish his memory are many special nieces, nephews, cousins, and friends (very devoted friends: Rev. Norvel Glover, Vincent Portis, Dwight Bell, and Rev. Reginald Franklin); and his Alcoa, Arkema, and Mobile County Training School Buddies.

A member of First Hopewell Missionary Baptist Church, Leslie was passionate about his service. He served as Board of Trustee Chairman Emeritus; a member of the Male Chorus, and a steward in the church maintenance and dining services where he eagerly prepared complimentary meals during special occasions. Leslie was also a former Board Member of Azalea City Federal Credit Union. Juke was full of humor and gave laughter to all he came in contact with. His jovial nature was also filled with “helping people” as he believed “giving to others” was important. Juke loved time with his family, listening to music and his favorite Christmas Carols would entertain his family throughout the year! A man with big heart, Juke had a solid work ethic and enjoyed working, fishing, and golf and bowling tournaments. He was a huge sports fan and favored the New Orleans Saints, The Atlanta Braves and Auburn University. He had many infamous sayings, but the one that echoed the most was his faith that “God Takes Care of Me”. To God Be All Glory!
Read Less

To send flowers to the family or plant a tree in memory of Leslie "Juke" Stone III, please visit our Heartfelt Sympathies Store.

Receive notifications about information and event scheduling for Leslie

We encourage you to share your most beloved memories of Leslie here, so that the family and other loved ones can always see it. You can upload cherished photographs, or share your favorite stories, and can even comment on those shared by others.

Ledell Chalmers and Ted and Carolyn Parrish sent flowers to the family of Leslie "Juke" Stone III.
Show you care by sending flowers

Posted Aug 07, 2020 at 03:29am
To Chante'(Plez), My friend, Mary, Bernard, & the entire Family: Sending a gentle hug your way, to comfort you, and to let you know that you're on my mind and in my heart today and always. With heartfelt condolences. As you comprehend this profound loss, let yourself cry knowing each tear is a note of love rising to the heavens. Please know that you are in my thoughts and prayers.
Comment Share
Share via:

Posted Aug 01, 2020 at 09:55am
Juke was the only guy who was my "brother" although he was not my blood brother, and my friend, Mary Lee's husband. Condolences.
Comment Share
Share via:

from Freda Singleton and family
LC

Posted Jul 29, 2020 at 04:11pm
Mary, Chante, Bernard and family. Please know that we are thinking of you and praying for your peace comfort and peace. Love you!!!

Ted and Carolyn Parrish purchased the Sentiments of Serenity Spray and planted a memorial tree for the family of Leslie Stone. Send Flowers 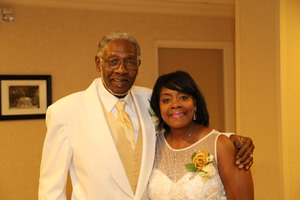 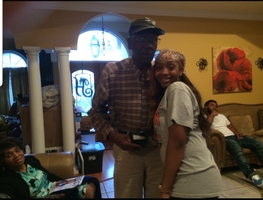 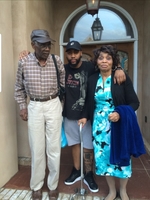