To share your memory on the wall of Lula Brundidge, sign in using one of the following options:

Provide comfort for the family by sending flowers or planting a tree in memory of Lula Brundidge.

Provide comfort for the family of Lula Brundidge with a meaningful gesture of sympathy.

To send flowers to the family or plant a tree in memory of Lula Mae Brundidge (Butler), please visit our Heartfelt Sympathies Store.
Read Less

Receive notifications about information and event scheduling for Lula 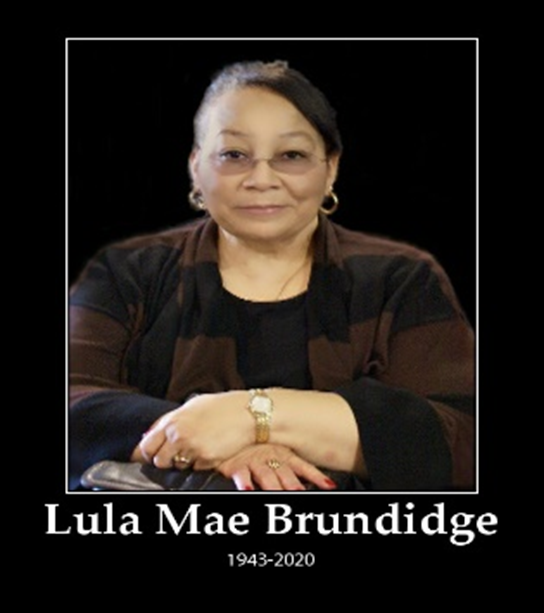 We encourage you to share any memorable photos or stories about Lula. All tributes placed on and purchased through this memorial website will remain on in perpetuity for generations.

Juelene Bean and William Bean, Derwood and Mckinley Family, and others have sent flowers to the family of Lula Mae Brundidge (Butler).
Show you care by sending flowers
Hand delivered by a local florist

Juelene Bean and William Bean, Derwood and Mckinley Family, and others have sent flowers to the family of Lula Mae Brundidge (Butler).
Show you care by sending flowers
Hand delivered by a local florist
HS

My Condolences to the Butler and Brundidge families on the loss of your beautiful sister and loved one Lula. You all are in our hearts and prayers During these difficult times. -Kuniki Lockett

William and Juelene Bean
Our sincere heartfelt sympathy on the lost of your sister. There are never a time when we are ready for them to leave us. Continue to recall those wonderful spots of times that you spent together and cherished memories. She is in a better place. There is a day of sunny rest for every dark and troubled night,, and grief may bide an evening quest but joy shall come with morning light for God hath market each sorrowing day, and numbered every secret tear, and Heavens' long age of bliss shall pay for all His children suffer here-William Cullen Bryant
Comment | Share Posted Apr 17, 2020 at 08:36am via Condolence
JB

With sincere sympathy on the loss of your sister.

Juelene Bean and William Bean purchased flowers for the family of Lula Brundidge.
Order Now | Show All
Comment | Share Posted Apr 17, 2020 at 08:18am via Floral Arrangements

To the Butler Family God Comfort and Bless You. Mrs Brundidge was a Jewell to the GSPBC family and will be dearly missed. Her gentle spirit and love will always be remembered. Linnette and Welcome Committee
Comment | Share Posted Apr 17, 2020 at 08:02am via Condolence