To share your memory on the wall of Martha Lee, sign in using one of the following options:

Print
Martha Thompson Rose Lee was born in Camden, AL on March 8, 1943 to the parents of James Thompson and Henretta Lymon Thompson. At an early age, she moved to Mobile, AL with her adopted parents, David and Alberta Rose.

She was baptized an... Read More
Martha Thompson Rose Lee was born in Camden, AL on March 8, 1943 to the parents of James Thompson and Henretta Lymon Thompson. At an early age, she moved to Mobile, AL with her adopted parents, David and Alberta Rose.

She was baptized and became a member of The Truevine Missionary Baptist Church under the leadership of Rev. B.M. Lovett. She served in various departments, such as church school, Baptist Training, Union Junior Ushers, Sunbeams, Red Circle, Choir, Matrons, Julia Antone Circle, and the Alberta Rose Circle.

Martha had a passion for reading and writing. She was very passionate about Biblical topics. She was known for her quick wit and her infectious smile.

To send flowers to the family or plant a tree in memory of Martha Rose Lee, please visit our Heartfelt Sympathies Store.

Receive notifications about information and event scheduling for Martha

We encourage you to share your most beloved memories of Martha here, so that the family and other loved ones can always see it. You can upload cherished photographs, or share your favorite stories, and can even comment on those shared by others.

Guaranteed hand delivery by a local florist
AT

Posted Oct 10, 2020 at 10:03am
Martha will be missed but never forgotten. She has captured a place in all our hearts. May God continue to comfort and bless you all. Love You all

Posted Oct 07, 2020 at 02:08pm
Our Aunt Martha Lee brought so many gifts to our life. We will never forget her. Rest well Aunt Martha. With Love, 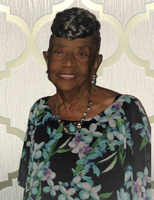