To share your memory on the wall of Mary Lambert, sign in using one of the following options:

She was a 1975 graduate of John S. Shaw High School. She was gainfully employed wi... Read More
Mary Carolyn Miller Lambert was born to the late Mr. William Eaton Miller and the late Mrs. Annie C. Powell Miller on February 7, 1957 in Mobile, Alabama.

She was a 1975 graduate of John S. Shaw High School. She was gainfully employed with the University of South Alabama for nearly 25 years. She received her spiritual growth with the church she united with later in life, The Church of Glory. Mary transitioned this life for eternity on July 7, 2020 at Saad Hospice & Inpatient Retreat Facility, Mobile, AL.
She was preceded in death by her grandmother, Geneva Batiste; sister, Mary A. Jackson and a special friend, Paul Jones.

To send flowers to the family or plant a tree in memory of Mary C Lambert, please visit our Heartfelt Sympathies Store.

Receive notifications about information and event scheduling for Mary

We encourage you to share your most beloved memories of Mary here, so that the family and other loved ones can always see it. You can upload cherished photographs, or share your favorite stories, and can even comment on those shared by others.

Posted Jul 15, 2020 at 06:09pm
To the Family of Mary Miller Lambert.My condolence goes out too the Children as well as Michael and Barbara.Much Love and most heartfelt Prayers.
Comment Share
Share via:
SR

Posted Jul 09, 2020 at 12:42pm
The loss of a loved one is something we all have a hard time accepting. The only true comfort we can find is found in God’s word, the Bible. Scriptures like Psalms 55:22 tell us to throw our burdens on God and he will sustain us. Also, scriptures such as Revelation 21:4 give us hope for a much brighter future. Our family hopes that your tears of sorrow will soon be replaced with nothing but happy memories.
Comment Share
Share via: 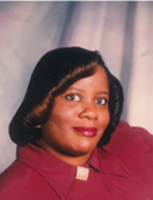