To share your memory on the wall of Myrtle Bijole, sign in using one of the following options:

One who never met a stranger, Myrtle would strike up a conversation with anyone and could be the life of a party without ever having a single sip of alcohol. There was no pretense about her; what you saw is what you got. At times, she was painfully blunt, but her unfiltered words of wisdom never failed to have value. If you made a mistake, she let you know it (and you seldom made the same mistake twice!). She laughed at herself as easily as she laughed at others and her laughter was contagious. Between her embellished tales and her comical antics, Myrtle could keep you entertained for hours.

The country girl from Holly Springs, Mississippi matured into a smart, stylish, and confident woman who could hold her own in any space. She raised a lot of children, directly and indirectly, and taught them all to be just as confident, independent, and unafraid as she was. She touched many lives.


In response to current COVID19 pandemic conditions, a private funeral is scheduled.

In lieu of flowers, contributions may be sent to the American Cancer Society in honor of Myrtle Bijole at https://donate3.cancer.org/
Read Less

To send flowers to the family or plant a tree in memory of Myrtle Bijole (Johnson), please visit our Heartfelt Sympathies Store.

Receive notifications about information and event scheduling for Myrtle

We encourage you to share your most beloved memories of Myrtle here, so that the family and other loved ones can always see it. You can upload cherished photographs, or share your favorite stories, and can even comment on those shared by others.

The Christy Family and Lou, Jay and Shell Askew sent flowers to the family of Myrtle Bijole (Johnson).
Show you care by sending flowers

Posted Nov 21, 2020 at 11:01am
To the family, my heart is broken. Your mother was simply the best! She and I shared many laughs together. I will continue to lift you up in prayer and may the memories of your beloved mother help you find peace and comfort for the days ahead. Much love. Kristi Matthews
Comment Share
Share via:
G

Sentiments of Serenity Spray was purchased for the family of Myrtle Bijole. Send Flowers

Posted Nov 17, 2020 at 04:32pm
To The Bijole family- As you grieve for Ms. Myrtle know we are remembering you and sending prayers for strength and love.

The Christy Family purchased flowers for the family of Myrtle Bijole. Send Flowers

Posted Nov 17, 2020 at 07:59am
You have our heartfelt sympathy. Keeping the family lifted in our prayers. Nom, Judy, Jeremiah and Mom Annette.
Comment Share
Share via: 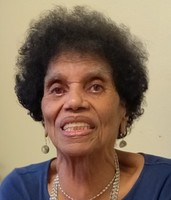 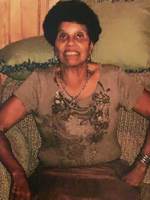