To share your memory on the wall of Roger Bendolph, sign in using one of the following options:

Provide comfort for the family of Roger Bendolph with a meaningful gesture of sympathy.

To send flowers to the family or plant a tree in memory of Roger Bendolph, please visit our Heartfelt Sympathies Store.

Receive notifications about information and event scheduling for Roger

We encourage you to share your most beloved memories of Roger here, so that the family and other loved ones can always see it. You can upload cherished photographs, or share your favorite stories, and can even comment on those shared by others.

Cornelius, Ericka, Kaila & Brooklyn, Leslie Hayes-Miller, and others have sent flowers to the family of Roger Bendolph.
Show you care by sending flowers

Posted Apr 24, 2020 at 03:03pm
We pray the love of God enfolds you during this difficult time. With loving memories of Uncle Dale.

Posted Apr 24, 2020 at 12:08pm
Roger was wonderful man, a great servant leader. He was in my Leadership Mobile Class of 2006. I soon discovered that he was big brother to my dear friend, Angelia. He always greeted with a smile. He had a heart full of joy and always spoke peace and love. He will be greatly missed and never forgotten. RIH Roger. Dr. Debra Gardner
Comment Share
Share via:
A

Thank you, Dr. Debbie, for such kind expressions. So grateful for you and your friendship.
HS

Flowers were purchased for the family of Roger Bendolph. Send Flowers

Posted Apr 23, 2020 at 09:30pm
Please accept my most heartfelt sympathies for your loss. My thoughts are with you and your family during this difficult time.

Posted Apr 23, 2020 at 03:32pm
From Angelia's colleagues in the USA Dept. of Counseling & Instructional Sciences. We are deeply sorry for your loss and pray for you and your family. 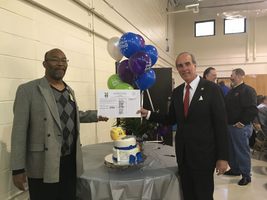 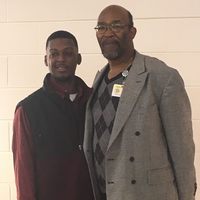 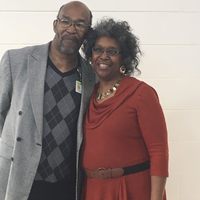 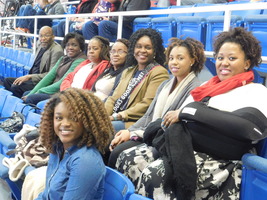