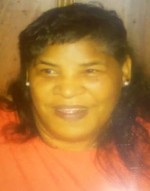 Mrs. Shirley Ann Edwards Kennedy was born in Mobile, AL. to Henry J. Edwards Sr. and Mary C. Edwards. She confessed Jesus Christ at an early age. She was a lifetime member of Union Missionary Baptist Church. She was Married to George Kennedy and three children were loved and cherished in this union.