To share your memory on the wall of Henri Legendre, sign in using one of the following options:

Print
Henri Arthur LeGendre, born July 11, 1924 in New York, NY, in Harlem Hospital. He was the first
born child of eleven children to his parents, Leopold Nathaniel (a Civil Engineer) and Claudene Francis (a
Nurse) LeGendre, natives of Trinida... Read More
Henri Arthur LeGendre, born July 11, 1924 in New York, NY, in Harlem Hospital. He was the first
born child of eleven children to his parents, Leopold Nathaniel (a Civil Engineer) and Claudene Francis (a
Nurse) LeGendre, natives of Trinidad, W.I . As a child of the Great Depression, LeGendre was motivated
to work hard and work smart. From a young age, Henri was actively involved in his community as a
member and an acolyte of St. Phillips Church, Boy Scouts, and in school as an athlete running track
(hurdles)
At the age of 18, after graduating from Dewitt Clinton High School, Bronx, NY, he enlisted in the New
York National Guard’s 15th Regiment and was stationed at Camp Smith in Peekskill, NY. After being
discharged from the National Guard in 1942, LeGendre volunteered for and entered the U.S military
service for the U.S Cavalry Service during WWII, starting with Quartermaster training. Then he was
assigned to Troop A, 9th Cavalry Service, 2nd Cavalry Division, known as the “Buffalo Soldiers”,
stationed in Fort Clark, Texas. His Mount (horse) was named Rusty which he loved until the end of his
service. Together they patrolled the Texas border along the Rio Grande River. He also served as troop
clerk, payroll and court martial clerk, and Secretary to the Commanding General of the 2nd Cavalry
Division. The Notable baseball great, Jackie Robinson, was LeGendre’s executive officer in 1943 at Fort
Clark, and they became business associates 25 years later. After serving in the military, Henri wanted to
pursue a career in architecture.
In 1943, he was chosen, along with 350 young black soldiers whose IQ levels were 120 or higher, by the
military for the Army Specialized Training program (ASTP) at Howard University. At Howard, students
would complete a four-year engineering degree in 18 months. The program was dissolved a year later and
left many young black students to return to the Italian war front as infantrymen, cavalrymen, and medics.
However, Henri would return to New York and complete his architectural degree at Pratt Institute.
Henri became a Registered Architect in the state of New York and was the first African American architect
for New York City’s Department of Public Works in 1952. Henri was in private practice designing public
and private projects in New York City, the State of New York, the US Virgin Islands, North and South
Carolina, Minneapolis and the Bahamas. His first architectural firm was Henri A. LeGendre & Associates,
where he mentored young budding architects whose careers developed from his teachings of drafting skills
and business acumen including his daughter Laurette. Over the course of his career, Henri was a member
of the American Institute of Architects (AIA), Empire State Association of Architects, New York Society
of Architects, American Society of Military Engineers, Construction Specifications Institute, American
Society of Professional Estimators, and the Association for the Advancement of Cost Engineers and one of
the founding members of the New York Coalition of Black Architects (NYCOBA).
Henri was initiated into the Alpha Gamma Lambda Chapter of Alpha Phi Alpha Fraternity, Inc. in New
York, NY. As well as being initiated as a Prince Hall Freemason, Euclid Lodge #80. Henri would hold the
positions of National Financial Secretary and past president of the 369th Veterans Association, Inc.
(Harlem Hellfighters)Henri would end up meeting the love of his life, Ruth Esther LeGendre (Nee Mills), and married in 1948.
Through their union, they gave birth to three children: Renee Denise LeGendre, Laurette Michele LeGendre,
and Jacques Henri Robert LeGendre. They migrated to White Plains, NY, and became a part of the town of
Greenburgh Community. While all three of his children matriculated through the Valhalla School District,
where he served as the first African American on the Valhalla School District Board for 12 years ending his
tenure as Board President. LeGendre left his imprint as a community and civil rights activist.
As he retired and relocated to Charlotte, North Carolina, he remained active within his community and
organizations. He was also a life member of Alpha Phi Alpha Fraternity, Inc.
Henri made his final transition on the morning of July 12, 2020 at the Saad Hospice in Mobile, AL He was
preceded in death by his wife, Ruth (2007); son, Jacques (2010); and siblings: Lurline Baxter, Ruby Paulin,
Leroy LeGendre, Rae LeGendre, Andre John LeGendre, Adrina Watts, Pierre LeGendre and Joan LeGendre.
Henri is survived by his daughters: Renee LeGendre and Laurette LeGendre, AIA; his grandsons: Desmond
and Dorian Purse; three great-grandchildren: Zoe, Zayne and Zuri. He leaves behind two sisters: Claudene
LeGendre and Jean Crichlow; a host of nieces, nephews, cousins, godchildren and friends that are too
numerous to mention.
Read Less

To send flowers to the family or plant a tree in memory of Henri Legendre, please visit our Heartfelt Sympathies Store.

Receive notifications about information and event scheduling for Henri

We encourage you to share your most beloved memories of Henri here, so that the family and other loved ones can always see it. You can upload cherished photographs, or share your favorite stories, and can even comment on those shared by others.

Ray Fredrick and . sent flowers to the family of Henri Legendre.
Show you care by sending flowers

Posted Jul 22, 2020 at 09:11am
The Davis family sends the condolences. We all will miss the icon of our history. We pray that God will continue to bless the LeGendre family.

Posted Jul 21, 2020 at 06:10am
Your Legacy lives on. You have inspired many. We walk in your footsteps. Rest peacefully.

Posted Jul 20, 2020 at 08:39am
My condolences to the Legendre family. I met Henri in Charlotte, NC via AACE. Henri was active in the group and a real gentleman and professional.

Posted Jul 19, 2020 at 11:48pm
The Darden family extend our deepest love and sympathy to you Renee, Laurette, and family. Our parents were friends for many years, we are so glad to continue that love and friendship with you both. Mr. LeGendre was an exceptional man who exuded class and manly grace. It was always a joy to be in his presence. He never failed to share his wisdom and his fine sense of humor. You come from a great family who set a wonderful example of what family is supposed to be. Your father will be fondly remembered by us, always. Love, Shauna, Ashley and Hermon
Comment Share
Share via:
TM

Posted Jul 19, 2020 at 10:04pm
Mr. LeGendre was a real gentleman and I loved him dearly. My prayers of comfort are being sent to Laurette, Renee and their wonderful family, Amen.
Comment Share
Share via: 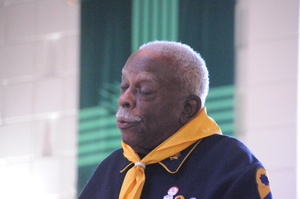 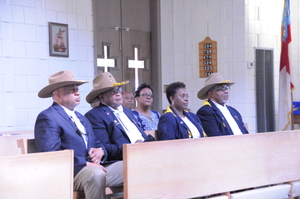