To share your memory on the wall of Roosevelt McCreary, sign in using one of the following options:

Provide comfort for the family of Roosevelt McCreary with a meaningful gesture of sympathy.

We encourage you to share your most beloved memories of Roosevelt here, so that the family and other loved ones can always see it. You can upload cherished photographs, or share your favorite stories, and can even comment on those shared by others.

Bryan & Rita Jenkins, Rodger McCreary family!!!, and others have sent flowers to the family of Roosevelt McCreary.
Show you care by sending flowers

Posted Oct 23, 2019 at 08:18pm
Our prayers for strength and understanding are going out to all the McCreary family and friends. You will truly be missed. Rest well in Heaven!!!

Posted Oct 23, 2019 at 01:22pm
SORRY FOR YOUR LOSS. HE WAS A GREAT FAMILY FRIEND & NEIGHBOR FOR YEAR'S WHICH CARRIED A BIG SMILE AND A CONVERSATION EVERYTIME YOU SAW HIM WILL DEARLY BE MISSED . ROBIN , FRED & BARBARA BOLAR & FAMILY
Comment Share
Share via:
V

Posted Oct 21, 2019 at 08:48pm
Everytime I went to Walmart in Fairhope he was there with a warm greeting, Uncle you are greatly mussed. Vickie and Sulayman
Comment Share
Share via:
FF

From the Melvin Baker family

From the Melvin Baker family purchased flowers for the family of Roosevelt McCreary. Send Flowers 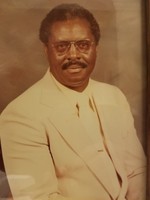